On a trip to Dublin Ireland, I wandered into TM Lewin for a few shirts and possibly a tie or two.  As I dug and poked about the store, I came across these two shirts in my exact size. 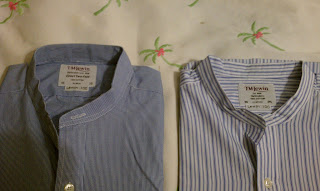 Removable collars?  Each shirt came with their own matching one, but the salesman also helped me to a few plain white collars in different shapes at very low prices.  They thankfully had the collar studs on hand, and I left the store anxious to try on the new shirts. 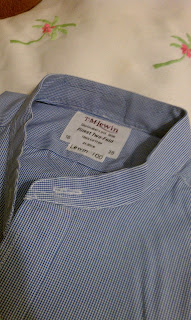 The assembly and attachments are as easy as they seem, with a post to anchor it astern, and a long post to join four layers of fabric at your throat-front. 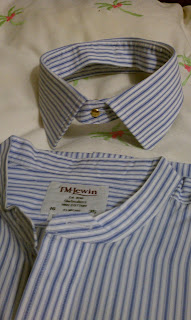 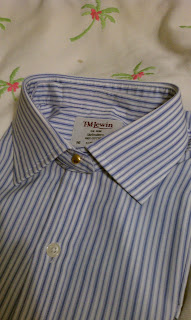 The white collars looked great as well, and attached with the same ease. 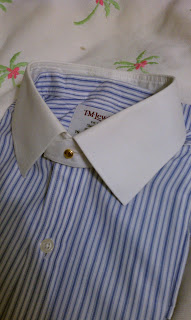 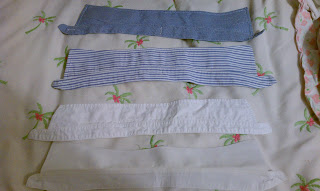 Back in Boston, I was strolling along one of the city's architecturally particular streets where I saw a "CLOSING by Month's End" sign at a favorite antiques dealer.  In the back of the shop I found a pig-leather case sitting quietly on the top of a dresser, and I thankfully went in for a closer look. 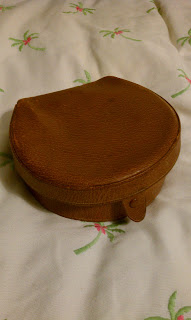 A single snap to close it, and a buckled loop on the back. 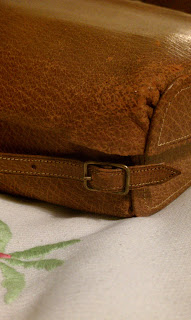 A collar case... and full of old collars... still stiffened, and yellowed with age, wadded with an equally ancient tissue paper. 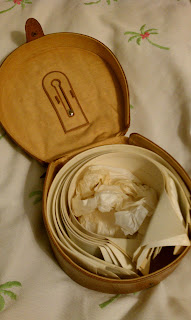 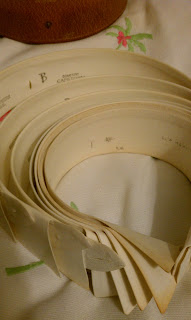 The printing on the insides of the collars are quite charming: "Brooks Brothers", "Prom", and a few names of long-extinct clothiers. 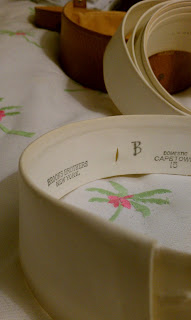 The collars were in several shapes, and in varying degrees of discolor, though all were still as sturdy as wooden planks. 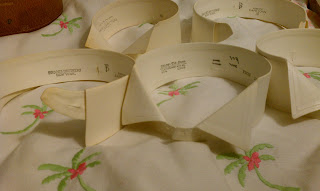 A sleeve for the studs had a short-post already in it and of a predictably pleasant patina. 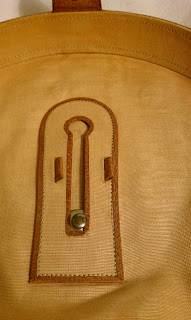 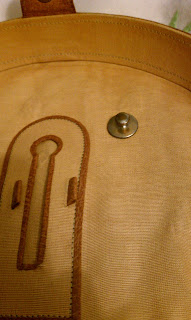 I added my bow and stern posts to the sleeves, and they seemed right at home. 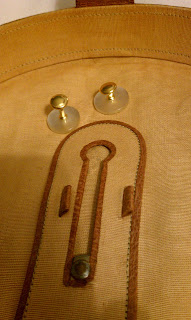 I rolled my collars together and tried them out... success. 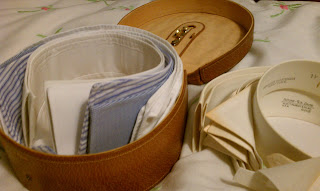 Awfully charming, needlessly nostalgic, and archaically specific.  It got me thinking about things of this sort, and some of the misplaced nostalgia that is easy to conjure. 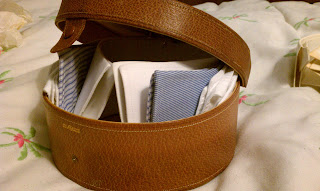 When I bought the removable collared shirts, I was really into the idea of so "retro" a shirt concept.  It seemed so formal and quaint at the same time, but then the reality of their use kicked in.  They are FAR less comfortable that sewn collars, and like a bow tie, loosening them cannot be accomplished with any sort of elegance... they are on or off.  This effectively rules out summer use.  The tie hides the hardware, and even with a contrasting collar color (white), they still only look like nice shirts, as the novelty-portion is hidden away.  The truth is that they are not particularly comfortable, must be worn in full form with tie in position, and require the keeping track of additional pieces of hardware.  It was easy to be nostalgic (almost smug) about how kooky and cool the shirts were, but it would be misplaced.  Laundry machines have made these approaches and efficiencies irrelevant, and these shirts are the antique cars of the shirt world... they'll still do the trick stylishly, but not comfortably.

Similar to suggestions that men should wear hats whenever they venture out, or the modern use of a cane for "style" (unjustified by a physical limitation), clothing minded young men can get too caught up in the nostalgia that seems to originate from watching too many old movies. Like monocles and spats, somethings are better left to costume.
Posted by Yankee-Whisky-Papa at 11:27 PM