Bad Collar during a Collar 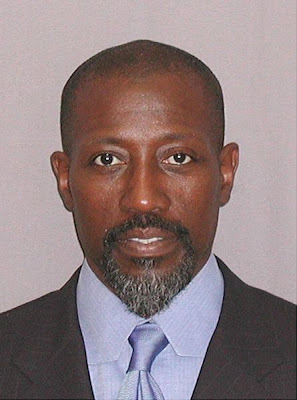 A reader sent me this mugshot of actor Wesley Snipes, who was collared and charged with tax-related wrong-doings, mostly involving maneuvers evasive. My entry on collars (Primary Collars - Nov. 8, 2009) showed some examples, but here we have one actually worn.

Where the collar should stop, it continues, and in the direction it should not. Had the original cut angle of the second tier been the template for the top, we might have something. How odd. The mens' collar does not need reinvention, it needs rejuvenation. As for Mr. Snipes, throw the book at him, but make it one of Alan Flusser's.
Posted by Yankee-Whisky-Papa at 4:05 PM No comments: