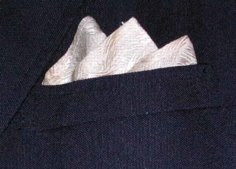 Note: when in doubt, use white.

Now for the fold: The fold is generally dictated by the pattern and material. Many thin silk pocket squares will slip down into the pocket over and over, and require a special type of fold, or a tight square folded plain handkerchief at the bottom of the pocket to act as a wad, while the visible one sits ontop of it.

There are several folds: the Fred Astaire (puff-fold), is good way to deal with a heavily patterned pocket square. 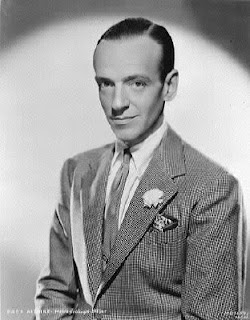 Too many peaks and blossoms from a busy patterned material is far too flash, and it creates parody. A plain or subdued version gets the flared method (some call this the tulip). The 3 peaks method is great for subdued styles as well, but I find the 4 peaks a bit too much.

Always avoid the dreaded and terrible "labial" style (pictured in yellow below, with identical tie). 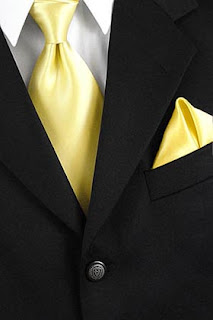 I have developed several folding methods that compensate for under-sized cloth, and one method for very large pocket squares as well. In terms of where to get them, any clothing department will have them. I go to fabric stores and grab silk, cotton, etc, and make them myself, I buy entire lots of them on Ebay, I have even used the back-panels of old decommissioned shirts.

As for angles, I prefer sweeping away from my centerline, and at an angle that compliments my collar and lapels. Mostly, it should not look carefully done, and should be pulled out at a moments notice for the appropriate situation. Here is a simple presentation:

It's clean and easy, won't draw attention, and it sweeps away at just the right angle, emulating the opposite lapel notch. Next, We have William Powell: 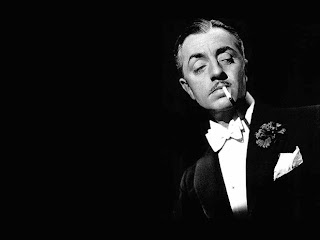 His pocket square is reaching right up to the outer boundary of display, just before it becomes overflown. Cary Grant's pocket squares often angled towards his centerline, and up... probably to draw the eye towards his face, which seems like wasted effort, as all eyes reported directly there anyway: 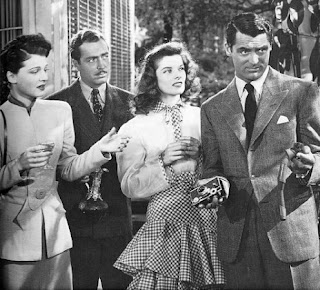 Jackets just tend to look empty without them. Business suites need them, hunting tweeds should have them (tending towards actual use: wiping face, gun barrels, the top of a bottle). Another never: the fake. These are press-folded cotton peaks stapled to cardboard. It looks awful, but imagine the embarrassment when you take your seat on a plane, and the young lady next to you is sobbing because her visit with her hometown beau has come to an end, and she is headed back to college. Will you hand her the cotton and cardboard 3x5 in your pocket? Unforgivable.

***Always carry another plain cotton hanky for this reason, and if you do give your pocket square to one who needs it, expect that she will keep it.

Groucho Marx used to achieve four peaks by using a white glove. It's silly, of course, but I like it. A certain club in Boston hosts a Seafood Night for its members, and all are encouraged to wear a flat seashell in their pocket. Botany Night usually sees members wearing small series of green leaves instead of cotton or silk. I have never stayed long enough to see what was used during Lectures on the History of Surgery.

In the image below, a self-described "Dandy" produces 3 peaks that seem to outgrow their vase:

My tolerances generally require restraint with the pocket square, but others may encourage blooming of this sort.

I got an email asking which method of folding is correct. The answer: none are incorrect.

Generally, if the jacket has a breast pocket, you should always have something in it. Many coats (the Chesterfield, for example) also have pockets, and a pocketsquare is correct there as well, though you should keep it simple, like polka dot or dark patterns. Ensure that your pockets are opened, if the jacket is ready-made by carefully removing the stitching with a tiny pair of snips, and then unthreading the loops.

Try out different patterns, but remember that if the pocket square is too precious to hand to somebody, either don't wear it, or carry a back-up.

I just wanted to back Boston up on this, and emphasize the importance of two things he mentions: that the square is meant for use (ideally, to dry the tears of a lady) and naturally ought not be replaced to the pocket once it has been soiled, and secondly that it should never be too deliberate-seeming. Certainly, deliberate about them in general as a gentleman should for everything he does, but do so in advance so that the actual wearing can be unselfconscious.

I'll also add one opinion on a more general level. It seems to me that it is better to wear a pocket square without a tie than a tie without a pocket square, except in the aforementioned case of a damozel having just emptied her sinuses therein, in which event you could switch to a clown suit with gentlemanliness unquestioned. In the same way, I would say that it is better to wear a jacket with no tie than a tie with no jacket, unless one is a bouncer, a barber, or a barman. This may, however, be a matter of personal preference; I leave it to the floor.

-New York
Posted by Yankee-Whisky-Papa at 10:18 AM No comments: 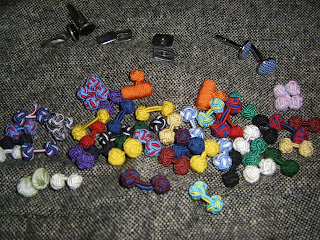 Our dear Panelist from New York asked about cufflinks, and I thought that I'd write a bit on them. I should start by saying that I enjoy metal as well as soft links, but my true love is indeed, the silk knot. The silk knot is incapable of being flashy, and can never be accused of being too jewelry-like. They are however, more complex color-wise when considering the selection for the shirt. I have rarely seen silk knots used poorly, but I have seen metal link misfortune with surprising frequency. When metal links are worn badly, they are the equivalent of gold chains, conspicuous rings, or flash belt buckles. I have no formulae or rules to suggest, rather, I think that so long as one realizes that metal links require far more caution, the correct effect will be achieved. I wear silk knots with sweaters, without jackets or ties, and I wear them with black-tie. I would wear metal links in all of those situations, though probably not just in shirtsleeves (summer and in the tropics). Our dear New York friend suggested that horn, wood, leather, or toggle links might be worn, and I could not agree more. I have a handful of subway tokens from our T that I plan to turn into the face-sides of cufflinks sometime, and the idea of carving some links from a rare burl is fantastic... imagine a handsome briarwood or meerschaum set made from an irreparably damaged but beloved pipe! Small grommets or hardware from a rare car, fittings from a handsome watercraft, seashells, or small gears from a damaged clock would all make exciting cufflinks. I also once made a pair of silk knots by tying four tiny monkeys fists (the knot used and pictured above), which required small tweezers, resistance to motion sickness, and a long calm passage from Key West to Nassau.

The real issue seems to be that the metal link must not appear to be a default. It should not be flash or disproportionately sized, and it must appear that one has thought it through. Flash is forgiven when one explains "These were Grandfather's... he got them after [better: during] the war." Our dear New York friend once sent us pictures of cufflinks that involved resin-suspended trout flies as the face. Home run. I like the idea of old typewriter buttons, too... sort of a cheaters monogram. Extra points if you are a writer. I made a pair of hilarious links by sewing two mother-of-pearl buttons back-to-back, with some space in the middle. I button the French cuffs together in a wonderfully self-defeating way, certain to frustrate the flash wearer. I was inspired to create these after seeing an acquaintance sporting a pair of links that had no face, just double swivels. Hilarious! The observer instantly thinks you've fastened them backward, but when they get a peek at the opposite side, they realize something is wrong.

The cufflink demands more attention than some give it, and less attention than others do. Flash should be just that: if the link makes impromptu appearances from under the jacket sleeve, a bit of notice should be alright. If the link lives out in the open (sweater, etc.), it should be toned way down.
Posted by Yankee-Whisky-Papa at 8:32 PM 1 comment: