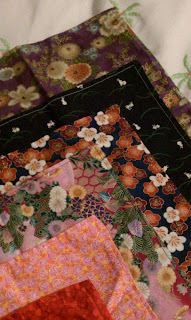 "Sale Price: $75".  That was the tag on a pocket square I found recently.  I put it back as quickly as I had picked it up.  $75?  Once in a while, a nice Hermes square fits the bill handsomely, but they are a bit more than just a simple pattern on silk... many are nearly art pieces themselves, and with a pricetag to match.  From plains to patterns, there are endless directions that one can take when choosing them.  When a friend decided that the shops were not offering anything unique, the dapperjack allowed his frustration an outlet and began putting together his own squares.  While he works occasionally in silk, vivid cottons are his preferred textile, and he produces some unique and eye-catching squares.  Always double sided, his pieces stand sturdy in the pocket, and whether in peaks or folded edges they become a bold and talked about element whenever worn. 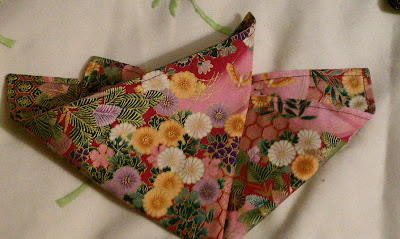 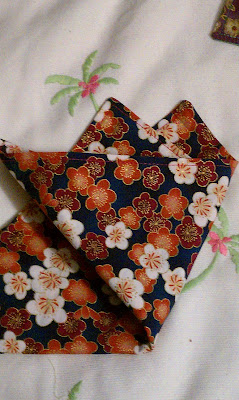 Another touch, is the bordering high-contrast threads color he chooses, perhaps as a mark of "hand-made", drawing attention to the fact that they are stitched together from two independent pieces of fabric.  Sometimes, the fabrics on either side represent two opposing or complimenting views or moods, sometimes they are just two different fabrics that look great together with no meaning behind them. 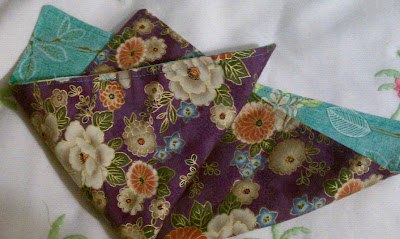 Below, a square with nouns on one side as a tribute to a baby son's first word, finished with a striking midnight blue and patterned backing: 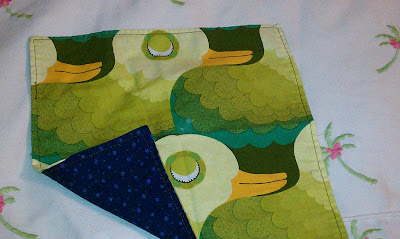 A dark square with contrasting white stitching as tribute to a wife's beloved childhood pet: 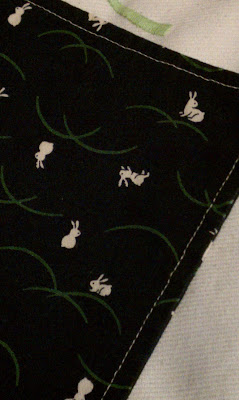 Other Adventures In Pocket Squarery


I had some surplus silk I found 15 years ago in Charlottesville, VA, and took it from its hibernation den shoebox and brought it to Beacon Hill Cleaners (151 Charles St. Boston) who are capable of truly elegant stitching and making clothing fit right.  They turned my two yards of postage-stamp patterned silk into a scarf and two pocket squares. 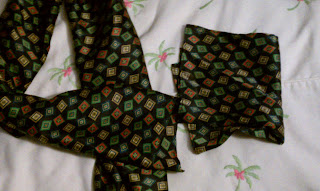 A thrift store in Keene, NH offered this vivid and LARGE scarf for fifty cents.  While my eyes are always on the lookout for navy/white pocket squares, this one had another surprise. 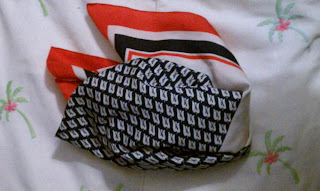 Some slender and attractive Nordic neck was once kept fashionably warm while greeting passengers. 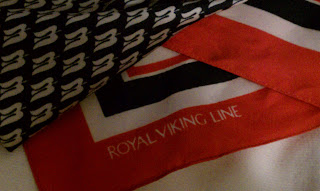 Below, a stack of thin-yet-lasting linens with appropriate initials were found for $1 each on an antiquer's booth table at Brimfield (www.brimfield.com), and can peak out of a jacket pocket or wait in another pocket to be deployed should a teary citizen present themselves on a neighboring subway seat. 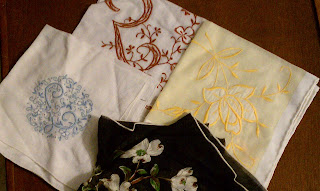 The underside of each shows a small reminder of the larger design perhaps for those with poor short-term memory. 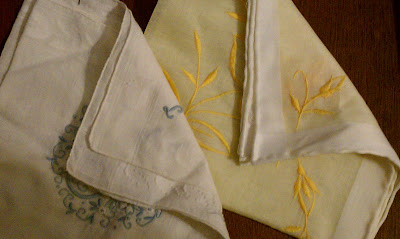 And finally, some old and gallantly-served Jermyn Street-made shirts get one last hurrah in the wardrobe, this time as handkerchiefs. 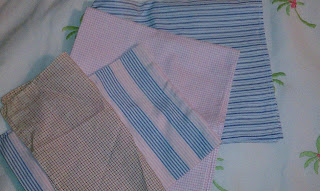 Some brightly patterned silk from Chinatown awaits its rebirth: 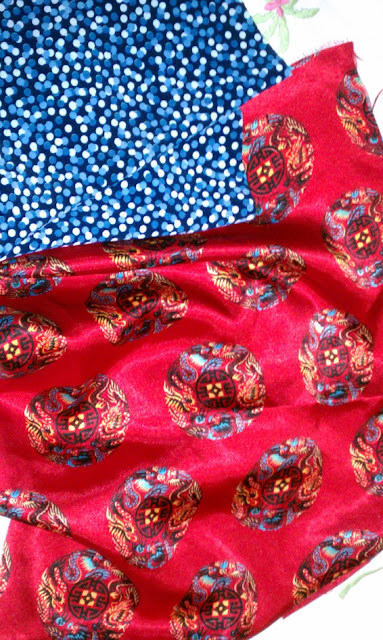 Posted by Yankee-Whisky-Papa at 3:10 PM