A few shots from late summer.  Many days of bright sun with cool sea air.  The city air gets a cool milky mist in it, and the smell of salt. 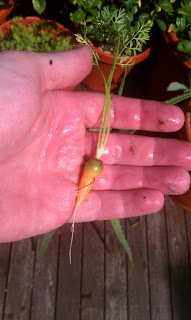 Roofdeck: Carrots.  This one was excavated before its time by a critter.
The tomato and herb plants were untouched. 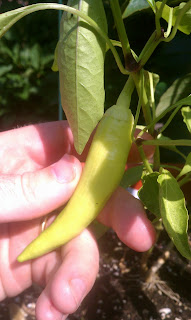 Roofdeck: Banana Pepper.  Zucchinis were sterile for some reason this year. 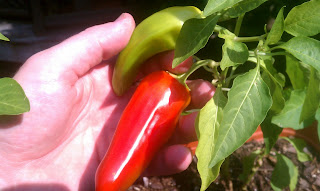 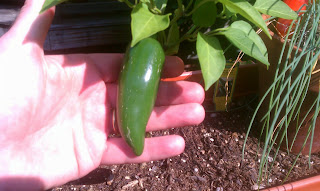 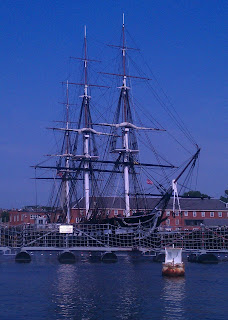 Pre-Dawn on the Harbor: USS Constitution 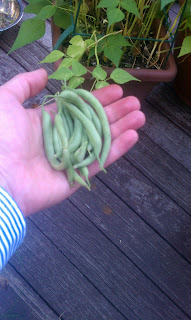 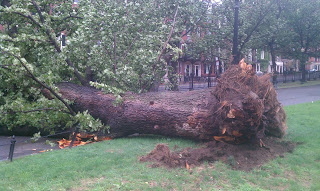 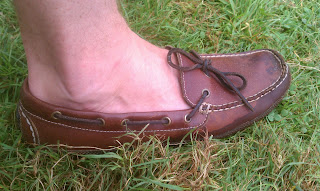 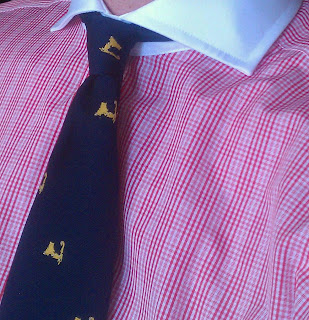 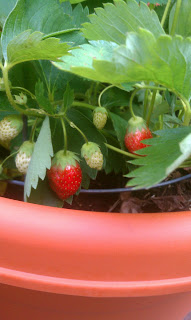 Roofdeck: Strawberries. Chipmunks DO live in the city... and they climb up old houses to feast. 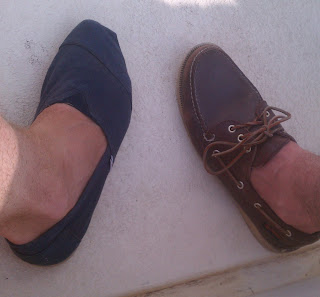 Giuseppe and I took the children for a quick hot-weather sail around the harbor.  He's in the Quoddy's, I'm in white-soled blue canvas.  When it's very hot, my feet bark at leather shoes. 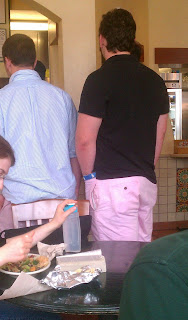 The boys all went out to the great Anna's Taqueria for their excellent fresh lunch.  I noticed a guy in line with nice pink shorts, and when I looked closer, I realized that the happy grappler was handling his burrito.
-----

I went to college in the early 90’s, when things like not recycling an aluminum can or speaking abrasively would trigger infantile-but-mandatory group discussions with no constructive endpoint.  These discussions were useful however, in determining who to avoid, befriend, or possibly which weaknesses of your classmates and dorm mates could be later exploited.  The required discussions were invariably centered around anything that could possibly cause someone else to “feel uncomfortable”.  While we should have been discussing literature, mathematics, astronomy, philosophy, etc. that entire decade saw it fit to regularly piss away precious free-time venting over things like gender roles, anything ending in “ism”, and trying like hell to somehow get a blanket and pre-emptive apology from the men.
In one wretched discussion, a particularly annoying hippie (from Palm Beach!) was insisting that all food scraps could and should be saved for composting.  She somehow drummed up support from the school, who went so far as to actually promise materials and construction of the simple wooden system.  Another meeting.  We were all called to hear this vapida lecture us about food use, waste, etc., and boast about the support she had brokered from the college.  A dean was present, smiling and likely dreaming of the photos that he would work into school materials of students standing around a stinking compost heap, smug because their two cubic yards of rancid decomposition would surely single-handedly save the entire Earth from immediate destruction.
Halfway through the meeting, mutiny was brewing.  Our carefree lives and careless daily uses would be burdened with the putrid agenda of some Florida heiress, and we all felt the threat acutely.  While several students were nodding and smiling, most others grumbled and squirmed.  We all knew that no matter what the issue, the only way to survive such meetings was to remain quiet at all costs.  One could even agree to actionable promises and vows of conduct without ever risking accountability for later ignoring them… but one had to remain QUIET.
“The only issue we have now is where it will be built”, the insufferable girl proclaimed.
“NO!” A gal piped up dangerously.  All went immediately wide-eyed, as she initiated debate… the last thing anybody wanted. “The real question is what do you plan to do with all that compost?” she demanded angrily. “We don’t have gardens, we’re not a farm, and in case you didn’t notice, WE’RE ON A CAMPUS!”  It was a simple question that nobody had yet asked.  She then finished sharply with something along the lines of:  “We've had three meetings about this. Just build it! Can we leave now?!”
The compost project died that evening, almost audibly, and soon after, the hippie set her crosshairs onto paper recycling and the drug-addicted drummer from a local band, both of which were disasters.  At the conclusion of the meeting, I made a bee-line for the angry gal who turned out to be from Bath, Maine.  She was tall and pony-tailed, wore dark jeans (before they were cool again), a scratchy old flannel shirt with an earnest repair at the elbow, high-miled running shoes, and pearl earrings, and I asked her out that night.  She accepted.
We remained friends for years and then lost touch.  I always think about her question when I see enormous piles of diligently kept compost, rotting away, never to see a garden plot or bed.  Now, in the city, there is a compost project within a block of me, but I don't know where... somewhere to the south, clearly detectable when the wind blows southerly.  I hope that they're using it for something.
Posted by Yankee-Whisky-Papa at 12:56 PM