Is there a difference?

A "boat shoe" is a style of shoe, while a "boating shoe" is a shoe worn boating.  Am I being smug?  Annoyingly, yes. 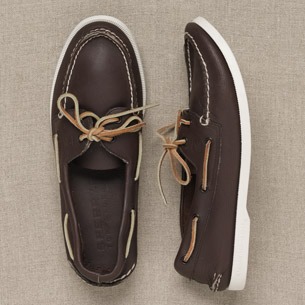 The Sperry Boat Shoe is obviously the most popular, the sole for which is rumored to have been modeled after a dog's paw.  The lacing starts at the heel, continues forward, alternates through eyelets, and finishes with whatever type of knot you can come up with at the top.  In theory, the lacing is meant to cinch the topline to the ankle.  The white sole serves the same purpose that a squash shoe requires: the soles are non-marking.  Black rubber-soled running shoes leave streaks on teak, fiberglass, and the nice floors of squash courts, which are nearly impossible to remove.  A slightly beveled heel allows added grip to ratlines and footropes when going and working aloft.  The thick leather provides protection and structure, making the shoe surprisingly effective for tucked-toes under the gunwhales during high wind sailing in dinghies and open boats.

Up until the about 1999 or so, they were still the most popular sailing shoe in the Northeast, and during races the row of tanned legs dangling over the weather rail would be shod in Topsiders only... rain or shine. 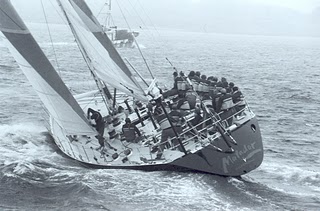 They were favored by sailors and yacht clubs for two very simple but important reasons:
1. They were effective and superior boating shoes, and
2. They satisfied the dresscode at most yacht clubs and seaside restaurants (even when wet). As a casual shoe, they were popular because they were comfortable, more "dressy" than athletic shoes, but mostly because people already had them.

Men and boys wore them throughout the winter with socks and nearly all manner of pant, while women and girls wore them with skirts and knee-socks, jeans, kilts, and khakis.  Bleachers were always, ALWAYS filled with Topsiders during school games both on students and on visiting parents.

True signs of the boating shoe's wearer using them correctly:
-Green-oxidized eyelets from the sea's salt
-Retro-fitted with open brass grommets on the instep for better ventilation/water draining
-4th set of leather laces (or replaced fully with synthetic cords for the offshoremen)
-Regularly treated with wax polish or oil
-Disproportionately unworn sole compared to mangled toe and heel sections of the leather

Offshore sailors tend to not slip them on or off, preferring to untie and retie them each time.  If they can be slipped on and off in the house, they will certainly slip off when the deck is fully awash during heavy seas. 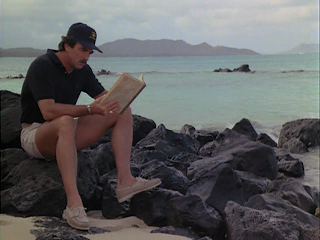 One drawback to the boating shoe is that the sole is relatively hard and solid, giving the foot a flattened soreness after a full day's sailing or strolling. 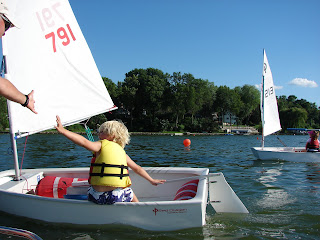 It's doubtful that the new generation of sailors will adopt this shoe seriously.  If their parents, camp counselors, baby-sitters, and sailing instructors are not wearing them, why would they?

As a young college man, my pulse would always quicken when I would catch a glimpse of a gal in Topsiders worn with a skirt, which showed that she was either a coastal Yankee skeptical of popular fashion or she was an exchange student, and I could attempt to impress her with the only two Dutch words I knew and would inevitably butcher.

"Where are you from?" I asked.
"Montevideo," she said somewhat coldly.
"Oh... I thought I heard you speaking Dutch," I said, thrown off.
"I was," she said as she stared plainly.
"Isn't Montevideo in Paraguay?" I said, giving a last lurch at a dignified exchange.
"No, it's in Uruguay. I went to school in the Netherlands."
"Uhhh... mmm... well..." I sputtered as my cocktail small-talk arsenal evaporated.
"Have a good evening" she said, putting me out of my misery.

These days, one can get a boating or boat shoe in any sort of color, material, and style.  If you are using them for sailing or boating, they must have non-marking soles.  Other than that, find a brand and style you like and have at it.  I'm not a staunch purist when it comes to the brands.  For the record, the single best pair I have ever purchased were at a shop near Searsport, Maine in 1998 and they were made by Dexter.  They have outlasted three pair of Sperry's throughout everything from coastal to blue-water sailing, so don't feel heckled or pressured into just one manufacturer.
Posted by Yankee-Whisky-Papa at 10:06 AM