To The Man Airborne: Toad Haul


As a very hot evening in Boston settled itself in, I was able to host a charming gent named Toad, who was fresh off a jet from Mayberry.  He was engaging in some particularly heroic father's duty and had a spare evening to trot around the city in full-steam indulgence.  Being that there are few thing which I enjoy more than exactly that, we made a fantastic evening of it.  I was especially honored when he appeared in a long tie (for the first time in a decade, he told me) for our evening of booze, restaurants, and cigars.  Giving up this trademark bow-tie for his visit, he charmed Bostonians throughout Back Bay as we hopped from one air-conditioned establishment to another.  I trotted out a pink jacket for the occasion, and he was handsomely tailored in a light summer linen. 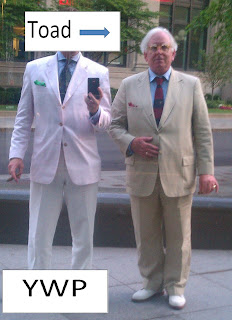 He drinks like a man, talks like a friend, and treats you like family.  I was happy to help him kick off his tour of the Eastern Corridor before his trip home.  Safe travels, Toad. 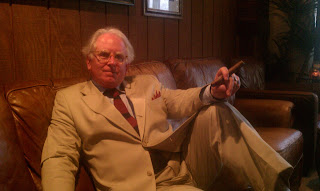 Posted by Yankee-Whisky-Papa at 10:11 AM

Labels: To The Manner Born