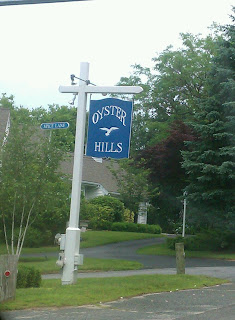 A newer area near the water gave itself this bizarre name.  Not "Oyster Cove" or "Oyster Banks" or "Sand Piper Hill" or anything else that might make sense.  Imagine a town elder regaling you with this story:

"We used to hike up high into the hills to search for oystahs.  They grew up on the ridge is those days."

In Philadelphia Airport, a sign stands as monument to questionable expenditures and procedures. 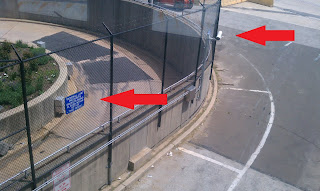 A camera guards a restricted area, and must be monitored. 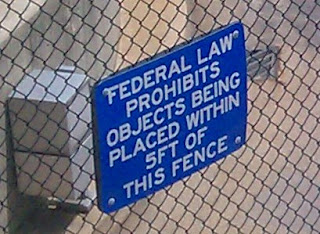 Why not just build another fence five feet away?

(Main Line Sportsman: it was only a connection... I would have alerted you had I been staying).

In Dutchess County, NY, fifteen miles of the sunny Taconic were perfumed with honeysuckle, lavender, and countless other flowers and plants.  Windows down. 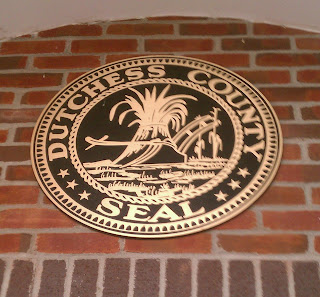 Strangely, their county seal tells you it's a seal.  Does their flag also say "FLAG" on it?

Finally... this was on the side of a truck (I added the circles): 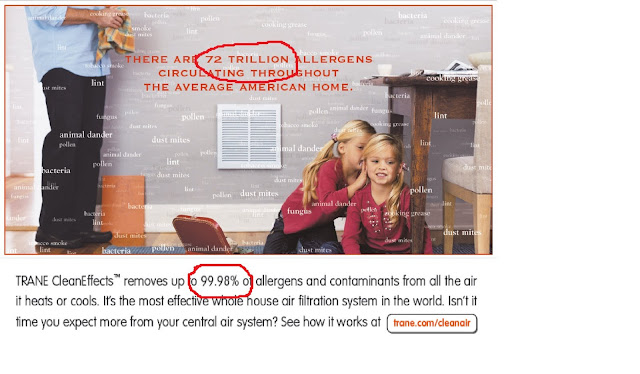 By my amateurish calculations, that still leaves 14.4 billion.  I've said that lottery is a tax on people who don't understand math.  Apparently, marketing messages are also.

I recently found this (for cheap) in a vintage shop and couldn't resist picking it up.  Yes, it IS a woman's scarf, and yes it contains only a few natural fibers, but dig this thing... it will likely become a pocket square in a few weeks. 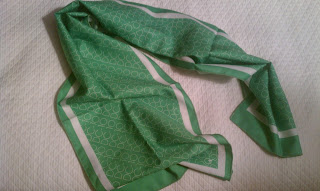 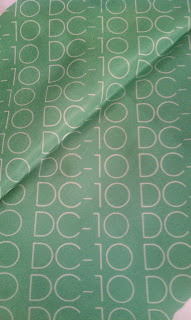 In those days, they were called "stewardess", which I still think is better than "flight attendant".  "Steward" and its feminine form are from maritime usage and there was nothing undignified about the term at all, and certainly nothing undignified about the position.  A close family friend became a university professor during the 60's because she didn't make the cut as a stewardess... a PhD was her distant second choice.  Aboard a ship, a good steward or stewardess can often be revered as near-holy.  These days, flight attendants are forced to put up with some of the worst humans alive, and begrudgingly serve as punching bags for their employers and their regulators. 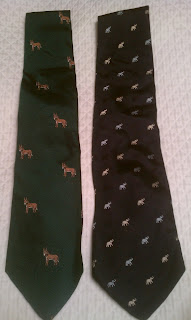 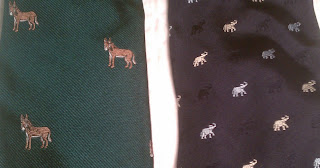 Two ties... the green one was a gift from Giuseppe and the elephant one was from somewhere I can't remember.  Neither one meant as any sort of party identifier, I tend to wear the opposing mascot of the room at hand during functions, parties, or receptions, just to elicit negative reactions which often works very well.  If I can't annoy people that way, I belabor an anecdote until only the lobotomized and/or catatonic remain.

For hot-weather days, coastal club-casual still requires a tie (blazer is off in the photo). 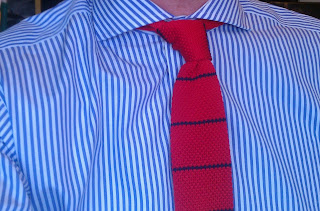 A Turnbull and Asser pocket square of silk features bow ties.  They make them with yellow, blue, and green backgrounds as well.  Attractive, lovable, and versatile... my opposite. 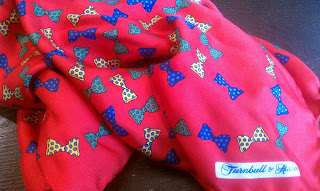 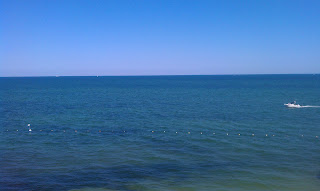 A dozen local oysters and some Prosecco at 10:45am, and only a single boat motors by.  I can hear my young son interfering with a croquet game on the other side of the hedge behind me to the protesting of his equally young cousins.  Their aunt demands that the mallets stay lowered, but within 30 seconds the sound of splintering wood (and no crying, thankfully) is heard and the game is forcibly ended by her sharpened voice.  Freshly washed bed linens are hung on lines or draped over shrubs to dry in the sea-side sun, which new-comers dislike even though the largest and oldest houses still do it.  Tubs of water stand at side doors as foot-baths, but the sand is still tracked in on young and old feet.  Later, we'll take the rusty three and ten-speeds into the village to buy more citronella candle pails and I'll wonder why the inside of all the dressers and cabinetry smell the same on the that part of the coast.
Posted by Yankee-Whisky-Papa at 1:49 PM